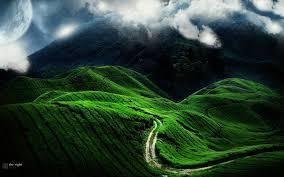 Luc Ferier and his team managed to trace and identify more than 850.000 documents related to the Allied Muslim contribution locked away in non-conventional locations worldwide ( 19 different countries).

He created the foundation in 2012, to unveil the untold friendships of Muslim soldiers and labours who fought alongside the allied forces in the First World War.

He was also invited by the UN – OPCW (Organisation for the Prohibition of Chemical Weapons) to present his findings at the HQ in Den Hague (NL) and was keynote speaker at the international military religious leaders conference (Defence Academy of the UK ), The Scottish Parliament (UK), the House of Lords (UK), Kings College London (UK), Harvard University (USA) and the Central Mosque in London (UK) among others.

In November 2019 he was invited by the Shir Shalom congregation in partnership with Trinity Episcopal church to give presentations in Sonoma (USA) and was keynote speaker in the Grace Cathedral in San Francisco (USA) and the SF Presidio (USA) on Veterans day.

The Deputy Lieutenants for Greater London and Faith & Belief Forum have honoured Mr. Luc Ferier in November 2019 with the prestigious “Peace and reconciliation” award.

After receiving many request the chairman finally agreed to write/create a coffee table book in 2017. It was published in February 2018 and attracted worldwide attention due the high quality, the unique combination of design, authentic images, quotes and exclusive documents. The book is called “The Unknown Fallen”.

He created also an exhibition in 2018 based upon the works from his book consisting of reprinted pages on large canvas panels. This event received more than 4.500 visitors in London ( UK).