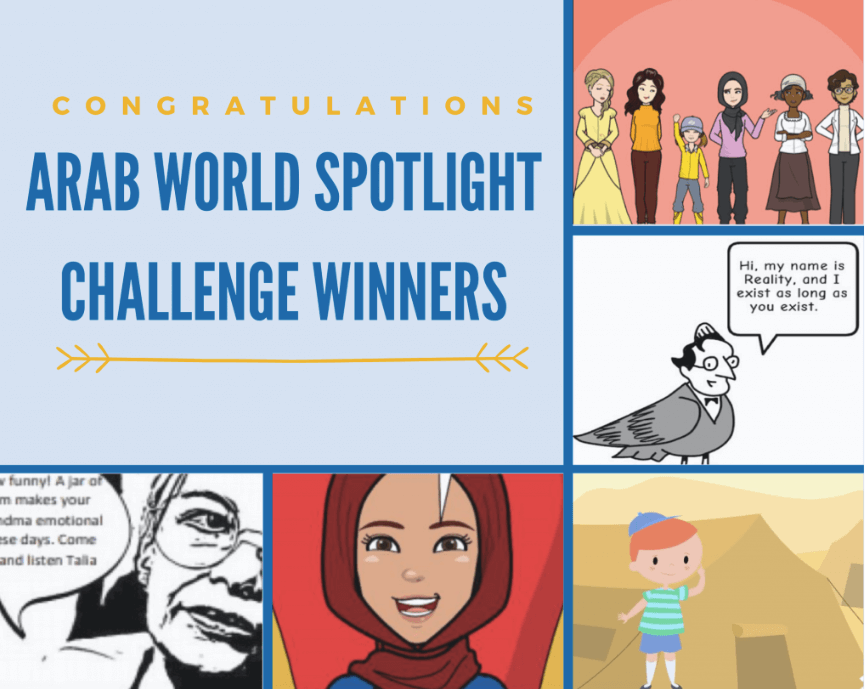 Click the thumbnail image to view the full submission.

“A Cultural Portrait of Women” 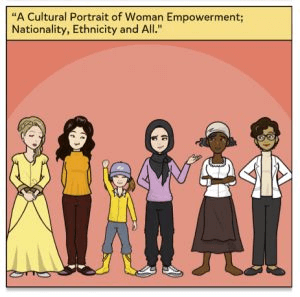 In response to a handful of short films focused on women’s experiences, struggles, and empowerment, Ayah created a comic that explore this theme throughout history. The protagonist of her comic leads the reader through examples of how women support each other through obstacles regardless of their differences. Her inspiring comic emphasizes the importance of valuing these differences and encouraging women to stay united for the greater good! 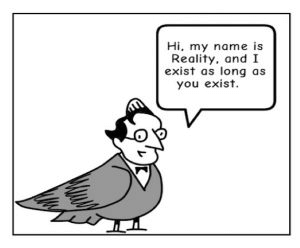 This submission was inspired by two Arab World Spotlight short films: Second Cycles and Vital Voices: Manal Yaish Zraiq. Maryam describes her comic as a response to the common theme of these films, Negotiating Change, which explores how an individual or a group of individuals can improve their communities by trying to change existing conditions. Her creative submission features a talking bird giving advice about how individuals can inspire the change they want to see in society. 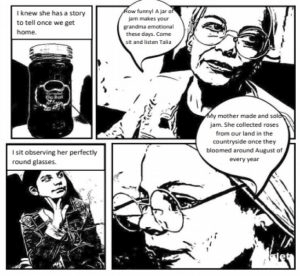 This comic was in response to the short film “Seeding Fear,” which shows the struggles of traditional farmers in light of corporate influence and genetically engineered agriculture. Shahd explores this theme through a snapshot of a family that used to make and sell their own jam until their land was repossessed. It is an emotional glimpse into how traditional farmers are losing their small businesses, as well as the nostalgia families feel for the traditional ways they used to produce food.

“Crossing the Hole in Our Path” 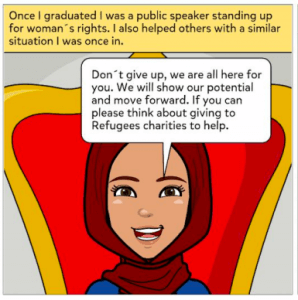 This submission was in response to the short film Cross World which highlights the experiences of refugee girls. After learning more about refugees through the film, Lamis explored the theme of women’s rights and migration through an insightful comic that shows some of the struggles and triumphs of one girl who was forced to leave her home due to war. 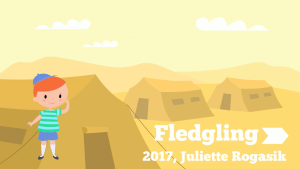 In this video, Maha reflects on the short-film, Fledgling, which illustrates how a little boy in a refugee camp finds hope despite his difficult circumstances. She discusses how this film changed her perspective on refugees and reminded her to use her imagination to get through difficult times.