Photographers on the Front Lines of the Great War 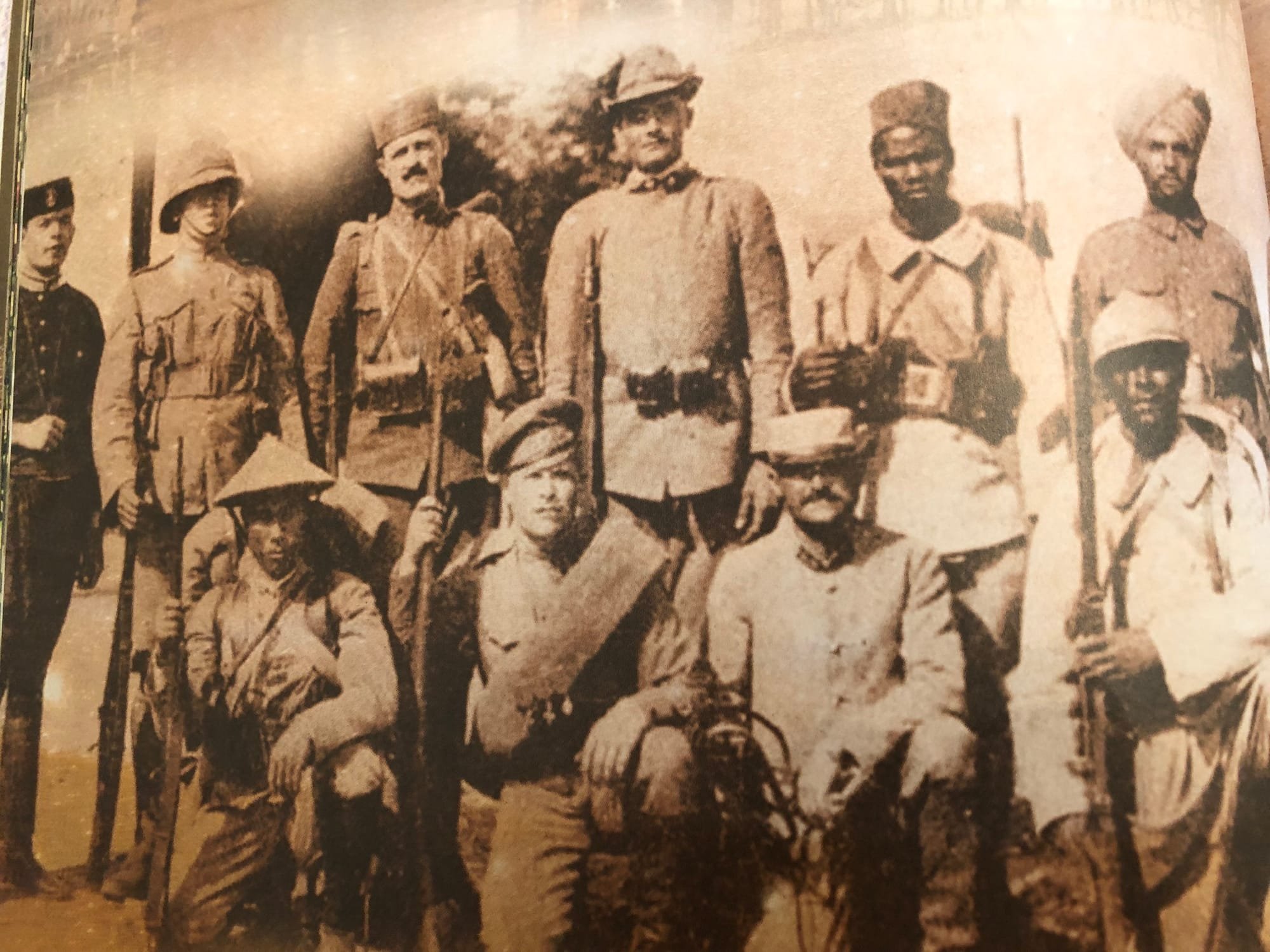 In 1914, as the outbreak of World War I brought mass slaughter to Europe’s battlefields, photojournalism evolved rapidly in the muddy trenches, where 19th century tactics met 20th century weapons. Machine guns, airplanes, tanks, flamethrowers, poisonous gas and submarines were widely used for the first time against doomed troops that were sent by their generals into frontal attacks that left millions dead.

This unimaginable carnage was witnessed by photographers who for the first time got close enough to the front to document combat, as well as scenes of soldiers at rest and at play.

“The First World War is the conflict in which the concept of documentary truth first evolved,” said Hilary Roberts, the photography curator at the Imperial War Museums in London and a co-author of “The Great War: A Photographic Narrative.” “Prior to that, because of the scarcity of press photography in general, picture desk editors from newspapers were quite happy to use photographs which were merely representative or illustrative of a point rather than showing a genuine event itself.”

Photography had been in its infancy during the Crimean War in the 1850s and the Civil War in the 1860s, requiring long exposures on plates that had to be developed immediately in huge, mobile darkrooms. The cameras were large and bulky, requiring photographers to shoot landscapes or, if photographing people, to pose them. Photographers were forced to record war before and after battles, and combat was impossible to cover.

By the start of World War I, smaller cameras and film formats let professional photographers make images quickly and under difficult light. Eastman Kodak introduced the Brownie in 1900, popularizing amateur photography. The Vest Pocket Kodak, introduced in 1912, soon became the most popular camera carried by soldiers. Although forbidden by some militaries, including Britain’s, many soldiers took these cameras to the front.

“Photography seems to have played a substantial role in the personal life of soldiers,” said Bodo von Dewitz, an expert on photography during World War I, who recently retired as curator of photography at the Museum Ludwig in Cologne. “It made them proud that they could inform their families with pictures and, more importantly, to document their heroic participation in this war. After 1916, there were strict rules of what to show and what not. But the pictures from the front, sent by soldiers to their families, could not be controlled that much.”

Independent photographers were kept far from the front lines, creating a problem for newspapers whose circulation depended on having pictures to illustrate dispatches from the war.

“It was a terribly important element for them when professional press photographs became unavailable in 1914,” Ms. Roberts said. “The newspapers of every nation were in a quandary and constantly asserting pressure on the authorities to deal with this situation.”

Ernest Brooks was the first official photographer to be appointed by the British military. He is shown somewhere on the Western Front with his Goerz Anschütz plate camera.Credit Imperial War Museums

The solution reached by the authorities was to appoint official photographers, most of whom had worked for newspapers before joining the military. They used medium-format cameras that produced small glass-plate negatives – the Leica, which popularized the 35-millimeter film format, was still 10 years from being released to the public. The first photographer appointed by Britain was Ernest Brooks, whose debut assignment was to cover the disastrous Gallipoli campaign, a failed attempt by the Allied powers to capture the Ottoman capital, Constantinople.

Mr. Brooks had no reservations about recreating scenes he had witnessed earlier or even posing photographs outright. After being exposed by other journalists for faking photographs, he would not stage photographs again. The next year, 1916, Britain introduced a policy known as Propaganda of the Facts, which banned staged or fake images, noting that they undermined Allied credibility.

Mr. von Dewitz said that many photographs from World War I that have become a part of the historical record do not actually show what the captions purport. “Faked pictures came from maneuvers, showed staged scenes from behind the front or came from movies,” he said. These images are still sometimes published to accompany stories about World War I.

During the war, questions about whether a photographer’s role was to illustrate reporting or to tell a visual story that could stand without words, and to what extent staging photographs was acceptable, were all being addressed for the first time.

“The answers in many respects informed the job photojournalists do today,” Ms. Roberts said. “The same debates still go on in context of a war zone – what may be different about conflicts now and the First World War is the question of whether the war itself is justified.”

Mr. Brooks, who eventually covered the Western Front, ended the war as a highly decorated photographer and went on to work as an official photographer to the Royal Family. But his career came to an abrupt end because of the emotional toll from his wartime work. Ms. Roberts said she believed that Mr. Brooks suffered from undiagnosed post-traumatic stress disorder, called shell shock at the time.

“There were a variety of incidents,” Ms. Roberts said. “He was arrested several times for drunkenness, then a scandal and then finally lost all his appointments and went bankrupt.”

Though Mr. Brooks died in the early years of World War II, today’s conflict photographers owe him and his colleagues a great debt.

“They really did lay the foundation of war photography today,” Ms. Roberts said. “When you look at the technology these photographers had access to, I think it is such a remarkable achievement. I really do wonder whether photographers who are covering the Syrian conflict or conflicts around the world today, if they could go back 100 years and take their present equipment with them – their digital camera and long-range lens and so on and so forth – and document the First World War, I wonder if they could do much better.”

The Drum Design Awards
The forgotten Muslim heroes who fought for Britain in the trenches
The Unknown Fallen: Allied Muslim Involvement in World War I