The Unknown Fallen: Allied Muslim Involvement in World War I 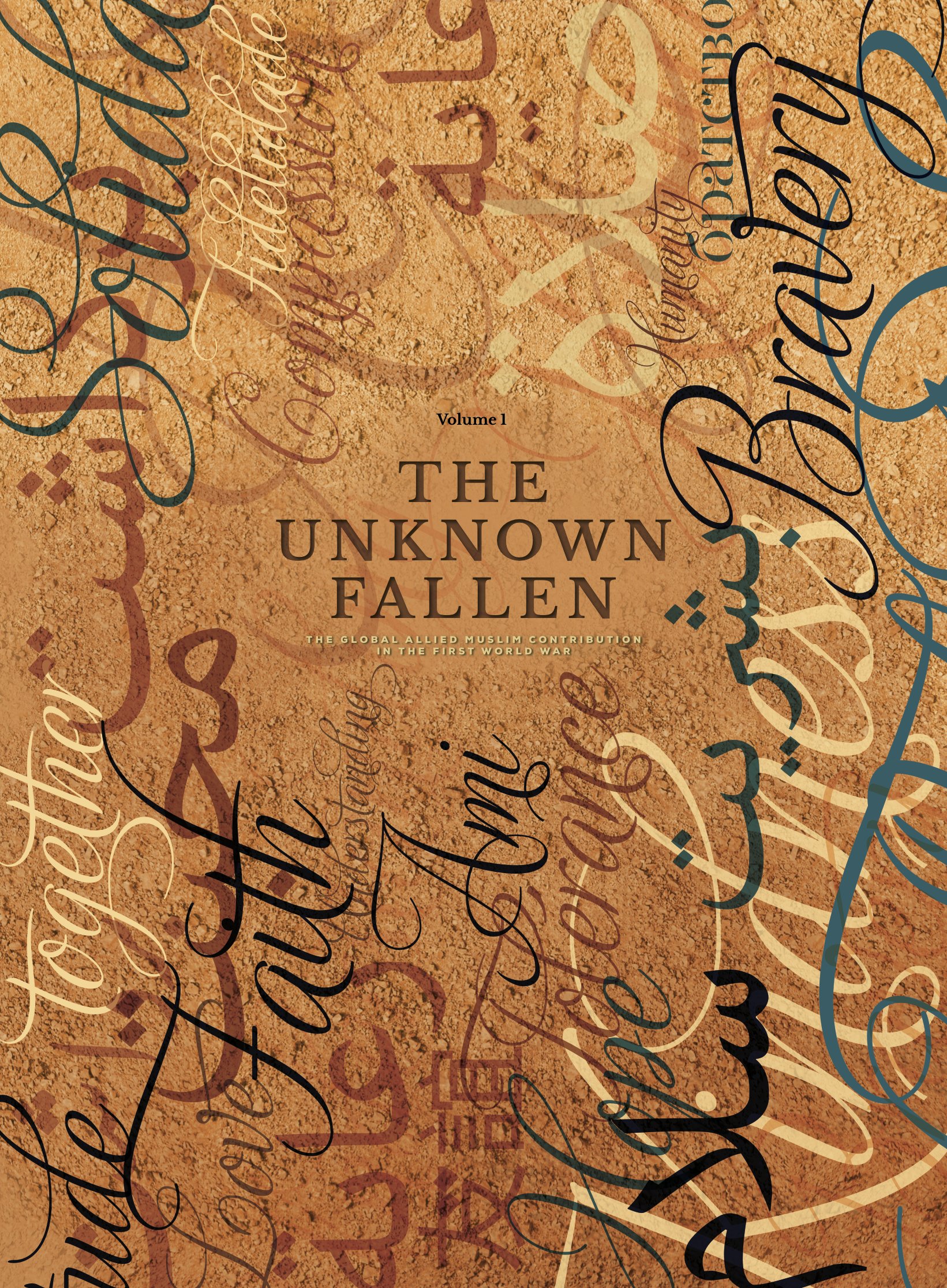 The words Islam and Muslim are politically loaded, reactions depending on where in the world you are. This is nothing new: other religious and cultural communities express similar sentiments. It appears that society needs to have at least one scapegoat. However, there are at least two sides to every coin, and while on one side discrimination, hate and antagonism are brewing, on the other, friendship, love and solidarity can be found. The latter is forcibly brought home through a recent book, The Unknown Fallen: The Global Allied Muslim Contribution in the First World War.1

Exploring individual community – cultural, economic and religious – contributions is a double-edged sword: new avenues of information and reinterpretations of the past, against increasing individualism and division. The publication of The Unknown Fallen has broken many boundaries, some obvious, others not. I have not known any book to be peer-reviewed by so diverse a group of people from across the globe as this. Each contribution has been approved by learned scholars – Muslim and historians – from all denominations. Despite this and its non-political approach, politics is present, as seen by the focus on Allied Muslim involvement. The events that are described and depicted took place in political environments which cannot be denied, and which continue to resonate today. Yet, if there is an agenda behind the book, it is one of reconciliation, showing the diversity of ‘Brothers in Arms’ – and for the gender sensitive, there is mention of women: Baroness de Rothschild in Paris who opened her home to all wounded.

Set in war and conflict, the book has wide appeal. Political, cultural and social historians will find in it much to draw on: letters, photographs, the French minister of war’s instructions on burial practices and numerous images and descriptions; and, making a link between past and present are 28 statements of what Islam is. This statement, hidden on the World Wide Web but referenced in the book, was compiled and agreed to by over 100 Muslim scholars across the world following the 2014 Paris bombings.2 It is the flipside of the coin: humanity, understanding and untold friendships which despite the odds continue to develop across racial, cultural and religious divides.

It is a labour of love and personal engagement. There is no foreword – the short introduction by Luc Ferier who conceived the idea and undertook most of the research ensures that the focus is on the men, representing all who sacrificed to do what they believed was their duty. The design, by Kate Wells of Focus Integrated Ltd, allows a dialogue unrestricted by preconceived ideas of what a book should be.3

Motivation for undertaking this task was, and is, to show the diversity of Africa as completely as possible and stems from misconceptions many express about South Africa. Being a South African living in the UK and having spent time in a Tanzanian village over a number of years, I had become aware of how groups were perceived and inappropriately labelled and judged. Historians are products of their experiences, no matter how objective we strive to be, and my experience of being discriminated against and seeing others suffering the same became the driving force to get the minority or silent voice into the arena.4

This is challenging when working on a topic where comparatively little has been recorded or, where it does exist, is glossed over for not fitting into the wider narrative. For some communities we shall never find primary source accounts as their oral and non-western literacy traditions were undervalued and never recorded – products of social and cultural thinking at the time. However, careful reading of memoirs, personal diaries and revisiting official documents provides insight into the variety of participation in the war. Getting into archives and not relying on the internet for research is imperative.

More now than ever, in a world of political correctness which sadly shuts down discussion, there is a need to open doors to cross-cultural (including religious) dialogue, understanding and development of a common humanity – if we want peace in our time. The Unknown Fallen allows this.

3. The book was nominated for a 2018 Drum Design award in the print design category (http://www.thedrumdesignawards.com/drum-design-awards-2018/print-design/unknown-fallen).

4. More can be read at https://www.thesamsonsedhistorian.wordpress.com.